The Making of a Naturopathic Doctor

The following blog is a guest post by Molly Harmon, third year medical student at National University of Health Sciences. Molly’s article first appeared on the website of the Indiana Association of Naturopathic Physicians (INANP). It offers valuable insight for students working towards becoming a naturopathic physician and shares her journey from a unique perspective.

With a heavy emphasis in human biochemistry, anatomy, and physiology, naturopathic physicians understand how the body works with itself, to heal itself. Molly says she believes that naturopathic medicine is the only medicine to restore function, not replace it.

She knew that in order to treat patients in the way she envisioned, she had to become a doctor. Molly soon realized she wanted to be able to actually spend time with her patients and get to know them on every level so she could treat them as a whole, as individuals, and treat the root cause of their health issues. “This,” she said, “is when naturopathic medicine found me.”

My Passion for Naturopathic Medicine

My Experience as a Naturopathic Medical Student

"Now entering my third year at NUHS, I have started to look back on everything I have learned in the past two years, and it has made me greatly appreciate my education."

In my first year alone I had completely hand dissected a human cadaver, including all muscles, nerves, blood vessels, and organs. I know how to properly palpate, assess and adjust the cervical, thoracic, lumbar spine, and the extremities. I can complete a competent head to toe physical exam including cardiac, pulmonary, fundoscopic, ENT, and neurological complete assessments. The hundreds of hours I have spent with naturopathic doctors, chiropractic doctors, osteopathic doctors, and medical doctors, mastering and understanding the human body through the study of biochemistry, physiology, pathology, and anatomy has only made me a more competent and better prepared doctor for my future patients.

Becoming a naturopathic doctor has opened my eyes to the patient’s point of view. Currently a third year naturopathic medical student, I have started to observe real patients in the clinic. The number of times a patient has stopped us in the middle of collecting a history of present illness to say, “This is the first time I really feel like a doctor is listening to me,” was a really powerful moment for me as a student.

You see, in school we are rigorously challenged by our clinicians on what the purpose of our treatment plan is, what is the mechanism of action of the herb we are prescribing, what organs and systems are involved and specifically how is it going to help the patient. There is no one way to treat a cold, IBS, or autoimmune condition in naturopathic medicine. The most consistent thing in naturopathic care is that we see each patient as an individual, and we treat them as a whole.

The REAL Truth About Earning a Naturopathic Degree

Attending a naturopathic medical school is by far the hardest thing I have ever done in my life. Everyone warns you about the hardships of making a doctor and what it takes, but I did not begin to really appreciate that until I was in the thick of it.

"ND students take upwards of 25-28 credits a trimester, go year round in school, and are in class from 8 a.m. to 5 p.m. five days a week. The material you learn in four months at a naturopathic medical school is equivalent to the amount of material you cover in an entire year in undergraduate school."

As mentioned above, we are very competent in the basic sciences of the human body, and spend two years mastering the understanding of the body as a whole. Naturopathic students are exceptional in that we spend many hours not only in botanical medicine, as expected, but also oriental medicine, naturopathic counseling, genomics, clinical nutrition, hydrotherapy, homeopathy, and pharmacology.

So, no, we are not a bunch of hippies sitting in a circle eating vegetables, but highly educated, bighearted, rigorously challenged naturopathic medical students trying to make a difference in the world. Even though there is occasionally class outside on a nice day, with a bunch of students drinking kombucha and wearing a lot of floral patterns. Molly Harmon is anticipating graduation in August 2019, and was recently nominated to be the Campus Captain for the American College of Nutrition. After graduation, she and her husband will move back to Fort Wayne, Ind., where Molly is looking forward to helping establish naturopathic medicine in the area.
See More Posts 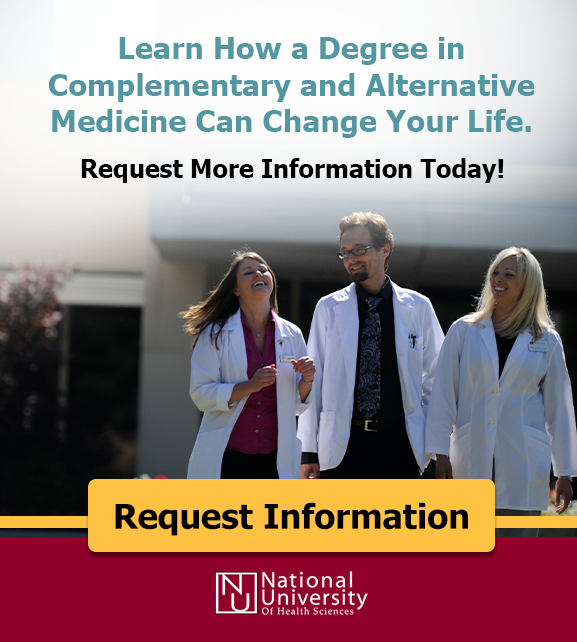 My decision to go into the healthcare field was simple: I wanted to help people. The real challenge, however, was narrowing ...

Why an ND Education Should be Hands-On